POKHARA: StoryCycle organized two half-day (one day in total) training sessions in Pokhara for local journalists on December 15-16, 2017. A total of 13 participants including two from outside Pokhara (Damauli and Gorkha) benefited from the workshop. 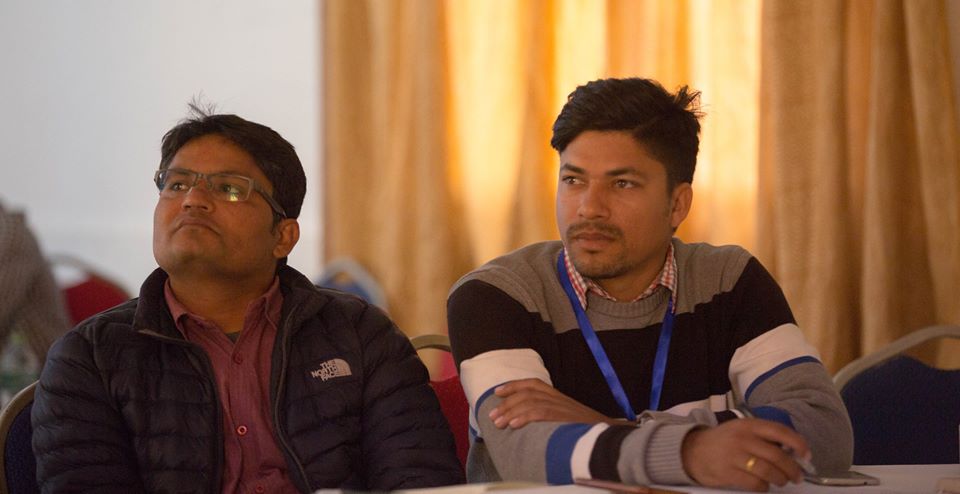 The first session focused on digital storytelling. Bhim Ghimire, Pokhara bureau chief and photojournalist of Kantipur, did a presentation on digital journalism in the city. He pointed out local trends such as lack of fact-checking, news reports without proper sourcing and a tendency to publish viral videos. The use of social media (especially Facebook) increased during the recently held parliamentary elections.

After the presentation, our trainer Arpan Shrestha, a cross media producer who has worked for Al Jazeera English, The Guardian and Vice, ran a session on using smartphone for reporting. The hands-on training on basic photography, shooting and editing video by using a smartphone was useful for participants. Training also covered tools and apps required for digital storytelling.

The second day’s half-day session covered search engine optimisation, map-based storytelling, developing a storytelling kit and best way to present and promote digital stories. Video recordings of sessions by Mohan Mainali, the editor of South Asia Check and British journalist Laura Oliver (formerly with The Guardian) were also presented to the participants and focused on fact-checking, verification and composing headlines for the new media.

The video session was followed by a hands-on sensitization activity by Shrestha, where participants were divided into popup newsrooms and were given a breaking news scenario but only had social media as their primary tool and disposal. The groups were assigned different scenarios where they had to quickly search and verify user-generated content, use social media and the internet to research and find sources, seek copyrights and abide by media ethics and privacy before they could break the news. 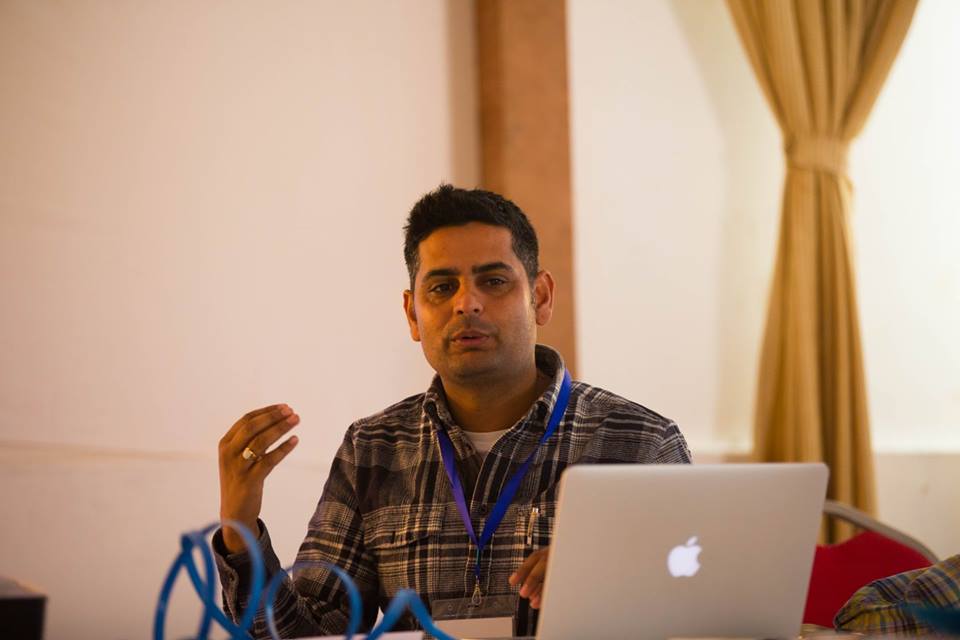 Finally, Saurav Dhakal, founder of StoryCycle, briefed the participants about Google Classroom, where we continue to mentor and support our participants. 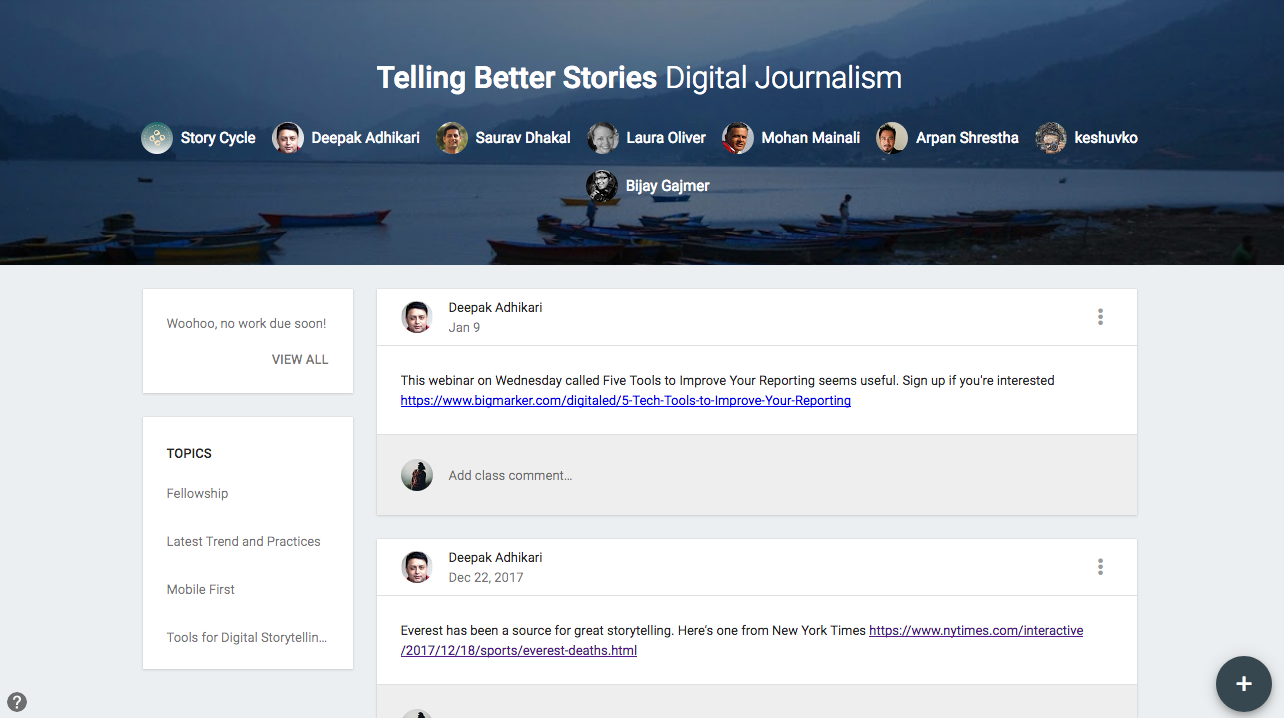 Journalists outside Kathmandu rarely receive training on changing landscape of digital storytelling and how to best utilise the available tools. Under pressure to produce multiple copies, they don’t get chance to hone their skills or learn new skills. Our training strengthened their capacity. The takeaway for participants was that smartphone, if used properly, could be a useful tool in digital storytelling. 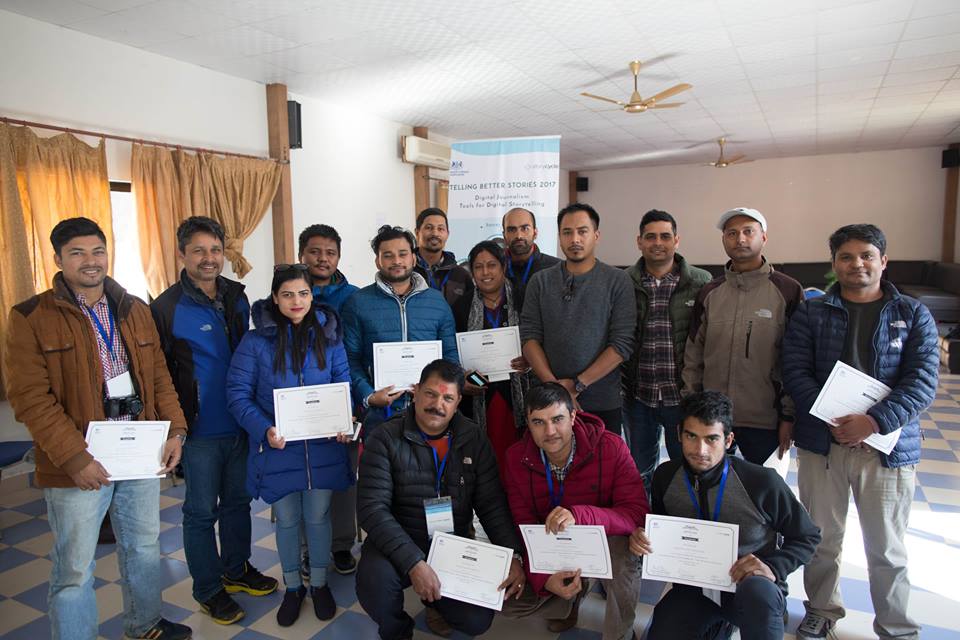